The FA Cup returns this weekend and it brings some very competitive matches. In each of the four quarterfinal matches, at least one of the teams has won the prestigious cup, and in some cases more than once before. It will be difficult to find a first-time winner when this round is through. At this stage of the competition, all teams should bring a full-strength squad and every minute will be earned on the pitch. Every game brings its own stories and so here is a breakdown of how each team is prepared going into the weekend.

Manchester United come into this game following one of their biggest wins of the season and will look to use their recent Premier League form of four wins in five as a confidence booster. Manchester United has a superb record in the FA Cup, having made 19 appearances in the final, winning 12. The team is playing as a cohesive unit and the young England star Marcus Rashford is on top form after scoring a brace against Liverpool last weekend. Romelu Lukaku is also playing very well this season and he will be looking for his fifth goal in the FA Cup this year.

Brighton will want to forget their last Premier League game, a 2-0 loss to Everton. They also ended the match with 10 players after Anthony Knockaert was sent off in the 80th minute. With their last game firmly behind them, they will be training hard and looking for any weaknesses in Jose Mourinho’s Manchester United. The last time Brighton even got past the Fourth Round the FA Cup was in 2013-14 season and before that, the last time they were remotely close to winning was in the 1982-83 final when they forced a replay against Manchester United. The teams are of course completely different, but the stakes remain just as high for both teams.

Tottenham leapt up to third place in the Premier League table with a 4-1 win against Bournemouth on Sunday, but it came at a price. Harry Kane went off in the first-half with a suspected ankle injury. He was playing great for Tottenham this season and was looking to add his fifth goal of their FA Cup campaign so his presence will be sorely missed. Tottenham, winners of their last four in a row, are high in confidence and are looking to win at least one trophy this season after being knocked out of the Champions League at the hands of Juventus. Tottenham are prolific in the FA Cup historically, winning the competition eight times, with their last win coming in 1991.

Swansea City finds themselves in the bottom half of the Premier League in the midst of a relegation battle, and after an unconvincing 0-0 draw with newly promoted Huddersfield on Sunday, could come into the match with Tottenham slightly distracted. Swansea have been mediocre, to say the least in the FA Cup historically. They have never won the competition and the last time they came close to the quarter Final stage was in 2013-14 when they reached the fifth round. This will be a good chance to take advantage of a slightly weakened Tottenham side though and keep their hopes of winning silverware alive this season.

Wigan were the surprise winners of the FA Cup in the 2012-13 season, beating Manchester City 1-0 and even reached the semi-final the next season. Since that point, Wigan have been in the Championship three times and were even relegated to League One following a poor 2014-15 campaign and again last year. They are currently third in League One, fighting for automatic promotion. On paper, they would feel like they are facing one of the easier Premier League teams in the quarter-final with Southampton struggling this year. William Grigg has been very strong for them this season, scoring 18 goals in all competitions and he is currently the top scorer in the FA Cup. He will certainly look for ways to exploit a shaky Southampton defence.

Southampton’s last Premier League win was against West Bromwich Albion on February 3rd, 2018, which was also their only win in 17 league games. This may have been one of the reasons why they sacked their manager Mauricio Pellegrino on March 12th, 2018. They are keen to replace Pellegrino before they face Wigan. Southampton have won the FA Cup only once in their history, a 1-0 result in 1976. They came close again in the 2002-03 season, losing to Arsenal 1-0. The next time they play a Premier League fixture is not for three weeks so their focus should be on winning this game. A new manager can often encourage a boost in confidence and energy levels so Southampton should be ready to play. 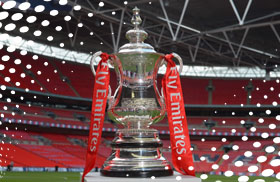 Leicester are a different team from the one that won the Premier League in 2015-16, but that doesn’t mean they aren’t playing well. They have not lost in three matches and after beating West Brom over the weekend 4-1, they should be feeling good going into this FA Cup clash. Jamie Vardy is their top scorer in the League this season and will certainly want to score against Chelsea. Leicester have a history of bad luck in the FA Cup, reaching the final four times and never winning. The last time they reached the quarter-final stage of the competition was during the 2011-12 season.

Chelsea will feel like the FA Cup is a great chance to win domestic silverware this year, as they are out of the running for the Premier League title. Their form has been poor recently, only winning two out of their last five matches. After this match, they will also only have three days to prepare for their Champions League clash with Barcelona, so they must stay sharp and not dwell on that fact if they are to win this match. Chelsea have won the FA Cup on seven occasions, with their most recent coming in 2011-12. They beat Leicester City in the quarter-finals the last time they won the FA Cup so maybe this game could be a good omen.

Offers and Markets From A Selection of Online Bookmakers

At BetVictor find the best Premier League betting odds and innovative In-Play betting options that includes the Quick Cash Out, ensuring you get a payout even if the action is not going as you had hoped.

One of the fastest growing bookmakers 1XBET are offering very early odds at competitive prices across a wide range of markets -bets on the outcome, correct score, HT-FT, total goals, the number of sendings-off, on goalscorers and many more.