The British Basketball Trophy often known as the BBL Trophy is an annual competition. This cup competition is organised for the  professional Basketball League teams of England and Scotland.

The competition normally takes place in the month of March every year. The match is played on a neutral ground; this being the Emirates Arena where it will be held this year as per the previous five years.
No need to worry! Here are the best alternatives:

Sunday 4th March is a date that all basketball fans should mark on their calendars as this cup is one of the most prestigious cups in the world of basketball. This an experience that no one wouldn’t want to miss

The Official programme includes a match between Glasgow Rocks and the Scotland National Team and as usual, there will be lots of entertainment from dancers, BBL Cheerleaders, the acrobatic dunkers as well as other multiple forms of entertainment lined up for the spectators. 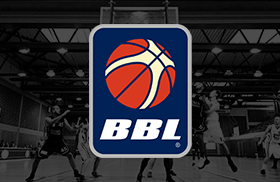 The competitors for the trophy will be the Leicester Riders, the current holders, and the DBL Sharks Sheffield. This is expected to be a thrilling clash like five years ago when both teams last met in the final.  Both teams will be looking to make history by winning the trophy for the third time. The match is expected to have thousands of spectators with all expecting a classic game from both in form sides.

The team has had great memories in this competition, the last one being against the Leicester Riders in the 2012-2013 season where they won 71-69. The sharks will be hoping for history to repeat itself in this year’s final so that they can take home the silverware home.DBL Sharks Sheffield has an uphill task in competing with the fierce Leicester riders who are the winners in the last two BBL Trophy finals. However, it will be an absolute pleasure if they will be able to do so.

This will be their third consecutive time to participate in this Final. Leicester Riders have won both the last two BBL Trophies against Newcastle Eagles in the 2015-16 season winning 85-77 and against Plymouth Riders in the 2016-17 season winning triumphantly 91-58. Leicester riders qualified for the finals after crushing the London Lions in the semifinals.

Both team stats ahead of the BBL Trophy Final

The British basketball trophy final will be a tough one for both teams as each team will be looking to cause an upset on the other. The DBL Sharks Sheffield will have the most difficult task trying to stop the Leicester Riders from grabbing a third consecutive BBL Trophy. Both teams have won this trophy twice and thus each will be looking to make a history by winning the trophy for the third time.

From the opening tip-off to the end-of-season play-offs you can enjoy basketball betting on the NBA and the biggest match-ups in Europe, South America, Australia and Asia with BetVictor. A wide variety of markets are available and of course the BetVictor Bonus

Bet with the best British Basketball League odds and enjoy winning with SBOBET Asian Handicap, 1X2 and Over Under betting.